love is a ghost in america - LIVE at The Parish Room in Austin from Latenight Weeknight on Vimeo.
Posted by Ryan Policky at 12:08 AM No comments: 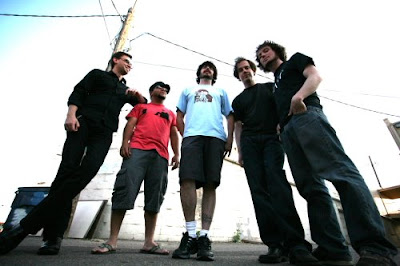 So we're getting close on finishing up the album version of "neverChanger" which is basically gonna be the same version as what we played live with Ulrich Schnauss. We've started some rough tracks and I've sent it off to Ulrich for him to add his love.

Also spoke with Rachel of Experimental Aircraft today and we've decided to work on a track together as well! Should be quite an amazing recording. Absolutely adore the Monster Movie album she's on, and it's quite a dream come true to be able to dive into the depths of vox with such a legend. Looking forward to that.
Posted by Ryan Policky at 12:40 AM 1 comment:

Last night I had the opportunity to witness a transformational night of music, compliments of Denver’s own A Shoreline Dream and German import Ulrich Schnauss. A Shoreline Dream opened their set with an awe-inspiring dream-rock sound that is often compared to Sigur Rós and Vast (lead singer Ryan Policky even going as far as to wearing a Vast t-shirt during their set). The intimate crowd seemed to be riding a tidal wave of musical bliss that was coming from this four-piece outfit. With atmospheric guitar riffs and sonic bass lines, in addition to Policky’s chiseled vocals, it’s no wonder the band has received various accolades from the press, even recording with master producer Schnauss, who took the stage with them for the song “neverChanger” off the EP of the same name.

If I could describe Ulrich Schnauss’ music, I would say it is Herbie Hancock meets Hans Zimmer. At times during his set I, like many others in the crowd, found myself in a euphoric state enjoying the masterpiece of sound he was creating. With complementing visuals, Ulrich conducted his one-man orchestra to the tune of electronic bleeps and beats mixed in with a touch of ambient techno. It was a rare opportunity to catch these two performances in a single night; nonetheless the crowd absorbed every square-inch of musical mastery served to them.

Posted by Ryan Policky at 8:21 PM No comments: 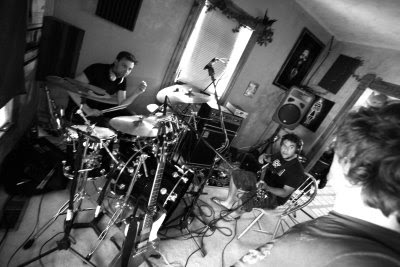 Ryan:
So before Ulrich took off we decided to collaborate on a live version of "neverChanger" for the album. Something similar to what we jammed out during the tour. We decided to jump right in by recording the drums and bass today. Gonna hit up guitars and vocals this week and send it on over to Ulrich for his final additions. Will be interesting to see how much different it sounds from the EP version.
Posted by Ryan Policky at 3:35 PM No comments:

the tour is over but the memories live on 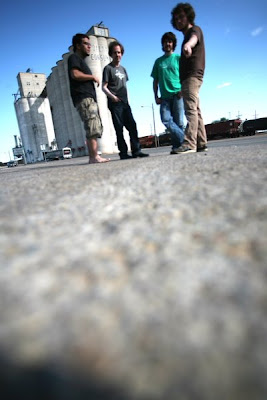 Ryan:
What an amazing trip. I can't put into words how much fun we had with Ulrich. From the moments in the car driving across pure hell, to a night of hanging with Rachel of Experimental Aircraft and her man Carlos at their pad, to a few nights of pure bliss onstage jamming with Ulrich, it was utterly superb. I'll never forget it, and I for sure look forward to doing it again sometime very soon.
Posted by Ryan Policky at 6:05 PM No comments: