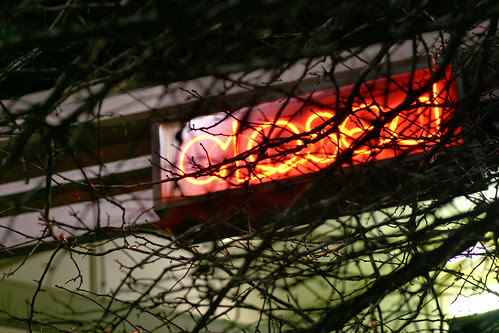 Ryan:
I know it's not recording related or anything, but I was just driving home from Erik's and looked over to see a driver watching a monitor sitting right next to them, which was playing a movie. Now come on. Seriously. The world isn't interesting enough? Being alive isn't interesting? Experiencing "something" was dull? I just don't get it!!

We take advantage of life far too often. I think we forget that one day down the line the world is gonna pop a gigantic zit, called "yellowstone", which is far too similar to "la garita", which in turn is gonna completely change the surface of the planet, minus, say, fish, and things that can survive deeper than the blackest night on a moonless night.

Why are so many people so bored out of their minds?!? I just don't get it. There are so many things to see just sitting right outside your door. And maybe part of this is a speech kicking my ass written to do so. Who knows. . .

All I know is I'm gonna do what I can, while I can, and while I'm free to. Also while the earth is finishing it's cooling phase. Forget "GLOBAL WARMING", try "GLOBAL LIVING". Take advantage of life while you can. It's not always gonna be how it is now. Haha! That sounds like some late-night motivational speech right there. I picture Patrick Swayze right now.

But for fucks sake, turn the TV off already and go outside. Go somewhere foreign. Do something you never thought you'd do. And make sure to remind me to tell myself to listen to these damn words already. So easy to let yourself down. It's the easiest thing to do. It always has been. You gotta force yourself to shut the fuck up.

I wonder what's gonna happen next. I'm not scared of it. But I wonder. How can you not wonder while you're alive. Oh yeah, you could if someone on TV that you "loved so much" told you to not miss another episode of a marathon run of episodes of pointless episodes.

Damn. Just drive. Just watch whats in front of you already, and quit wasting your own damn time. Live, while you still are doing so.
Posted by Ryan Policky at 9:32 PM