the number one flaw 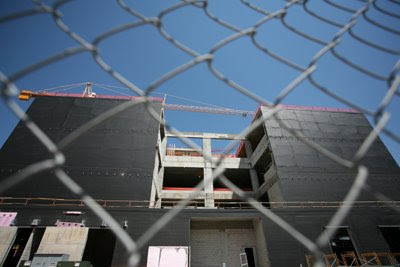 Ryan:
Time for a bit o' ranting and raving if you will. Don't mean to offend, but I for sure am using this to speak some mind. Taking some time out from mixing "manhattan beach" to do this as my ears need the rest. The issue is this. . . I want to see a day where musicians and artists as a whole are all paid what they're worth. Instead I'm starting to see independent artists lose faith and lose money, forcing them to hault their creativity while they figure out how they can actually afford to make it happen.

Why is it that artists starve while the artistically defunct gain enormous amounts of power? Well it's very easy to figure out if you can see that it's almost entirely based on genetic lifestyle decisions developed by previous generations. Some grow up learning that winning the race of financial success is number one priority, while others learn to create and develop new concepts and visions. Problem is most of the time these "creatives" can't think beyond their lifestyle boundaries. They put up a wall when they are put in a situation outside of their norm. And yes, most people do this cause it takes quite a great deal of energy to think outside of your everyday. Artists don't want to deal with money, and business people don't think they can create. But it's when these two simple elements join forces that we can finally realize the full "idea" without any explanation.

I often times see the best creative ideas in music, movies & video games lose all their steam due to the guy with cash and his disciples climbing the same ladder, pouring water down to a seed, which was sadly already burned by the sun. Other times I have taken witness to the best idea finally finding it's way out there, eventually down the road getting destroyed by something copied and distributed in higher quantities.

The true passion of whatever "it" is needs to get out there, and people need to learn to understand each other a bit more. Closing any door, for whatever reason does nothing but hinder the evolution of art. The music and movie industries need to wake up and stop feeding copied art done poorly to the masses. It's destroying art as a whole, and tearing apart the artists trying to do what comes naturally. Only till both sides can talk will it happen.

It's sad, but if you can't operate on both sides of the fence (creative & business) then you're gonna find yourself burned. And it's not that you have to do both, but you need to understand and talk to both in a logical manner. This is the number one flaw of the creative industry as a whole. Communication. Without it, it's nearly impossible to let the best ideas show their full strength.

We seriously as a whole need to start communicating again. And I'm not saying everyone cause there are key people out there making it happen (I for sure know quite a few!). I just think more of us need to do the same, or be doomed with some very lonely futures. The family lives on and spreads itself out there. Why not teach it the right thing to do. Maybe then we won't need to build more jails like the one above.

Yes, it was random, but random is good. Thanks for listening!
Posted by Ryan Policky at 8:37 PM